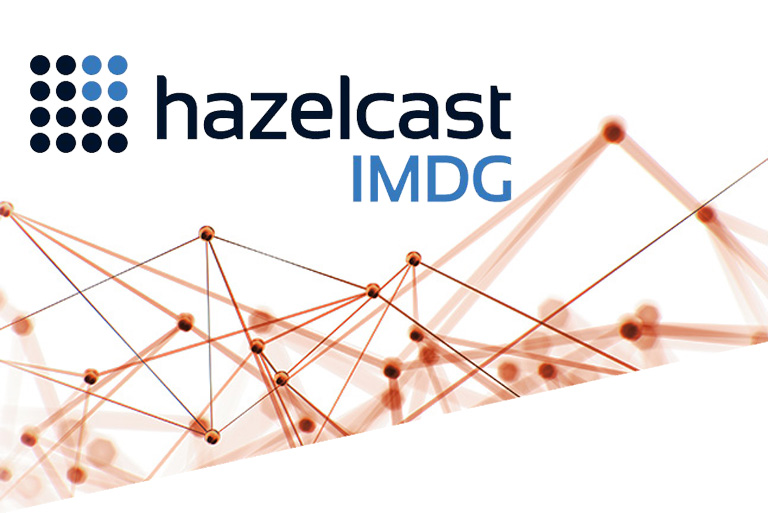 Hazelcast IMDG is one of Datagrid’s main products on the market.

It provides an in-memory, distributed and scalable datagrid. It can be deployed in cluster mode, grouping different distributed Hazelcast nodes to work together.

Hazelcast IMDG provides applications with services such as:

Hazelcast, like the rest of the components of the platform, is deployed containairized in an independent module called cache-manager. That way, the Hazelcast cluster is formed by building mirrors of this container, being each mirror a node of the cluster.

In a future post we will describe the discovery between the different nodes or replicas to connect between them forming the cluster. As a preview, we will only comment on the fact that we use Zookeeper as a registration and discovery service, so you just have to configure the corresponding discovery strategy:

All the components of the platform that use some Hazelcast functionality will be connected to the cluster as clients of it, using the programming API. These components are again used by Zookeeper as the discovery service of the cluster to connect to.

All the modules of the platform use Spring Boot as a technological base, so for the support of caching of JPA entities, as well as any other method that needs it, Spring Cache and its @EnableCaching and @Cacheable annotations are used:

And registering the Spring CacheManager Bean to use the previous HazelcastInstance client as implementation, so that all the configuration of Spring Cache, and therefore its annotations, is associated with our Hazelcast cluster:

This is a service provided by the platform so that the applications developed on it, have a cache where to store data temporarily. It should not be used as an alternative service to ontology storage, as the purpose is totally different: it is not persistent storage, but storage in the memory of the Hazelcast cluster, and you cannot perform visualize or analysis work as with ontologies.

This service is a REST API that provides the applications with the capacity to create Maps in the Datagrid of the platform where to store and manage key-value pairs. This way, the applications have a temporary storage server without the need to add it to their infrastructure, since it is the platform itself that creates and manages these maps in its own Hazelcast cluster.

Use of Hazelcast’s Publish/Subscribe mechanisms for module communication. For example, the following code is used to notify from the control-panel module the modification by the user of a rule to the rules-engine module, so that it can make the modification on the fly:

Notification from the control-panel:

To guarantee High Availability, and to improve the performance by paralleling requests, it is necessary to execute mirrors of the different modules so that there are several instances started at all times, guaranteeing that, should one fail, the rest can assume their tasks while the first one is booting again.

The fall of a mirror of a module on the platform must be transparent to the connected client applications. To ensure this:

For instance, transactional operations to ontologies are managed by the semantic-inf-broker module as follows: